Written by Jakub Wojtkowiak
Updated over a week ago

Final Cut Pro and Motion tend to stack corrupted data in their preference files, which often results in an unexpected app behaviour (instability, crashes, artifacts, extended render times etc. Because of that, Apple Support suggests wiping your Motion/FCP preferences once in a while, and so do we.

To clear your FCP or Motion preferences, launch the app while holding down the Cmd + Option (Alt) keys – click ”Delete Preferences” in the popup that appears. You may need to reopen your FCP Libraries via File > Open Library > Other > Locate menu (you can recognise the library file by its .FCPBUNDLE extension, by default they are saved in your Mac > Users > YourUsername > Movies folder).

As another optimisation measure following clearing your FCP preferences we suggest disabling the Background Render feature – it continuously renders the timeline every time you change a parameter, so it tends to disrupt the general workflow more than it helps. You can turn it off via the top Final Cut Pro > Preferences > Playback menu. We recommend using on-demand pre-render hotkeys instead:

If you'd like to increase your performance in FCP even further, we suggest switching your Clip Appearance to a minimized view, disabling Skimming, and switching to "Better Performance" mode: 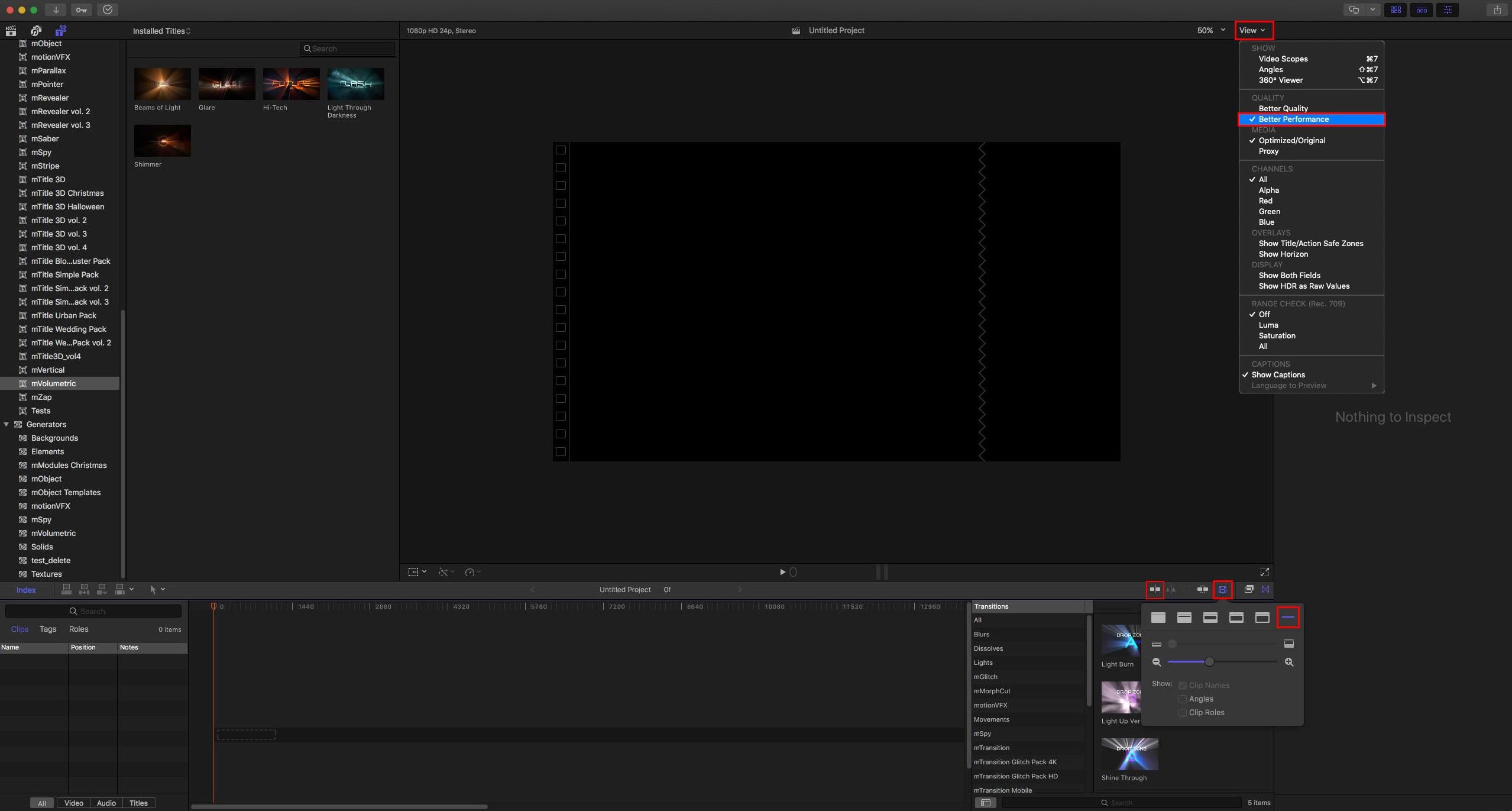 That said, rendering speeds in Motion and FCP depend almost entirely on your Graphics Card (GPU). If your card's performance is not sufficient, then your host app may significantly slow down. This is especially the case for Macs equipped with integrated Intel graphics card only (without dedicated GPU e.g. AMD Radeon). Such machines were not designed for editing purposes as their computing power is very limited, which may lead to many issues (artifacts, unexpected app behaviour, crashes etc.).

In such case the only thing we can possibly recommend is either switching to a Mac equipped with dedicated graphics card or upgrading your current machine with external GPU.

Did this answer your question?